Creating awareness of a scientific milestone

The Human Protein Atlas is a non-profit organization that has mapped the 20,000 proteins in the human body. They contacted UP in 2016 to help them raise awareness and launch their Cell Atlas project by creating a free pull-out poster to be distributed in the November 2016 issue of Science magazine.

The Human Protein Atlas is a Stockholm based, non-profit organization that has mapped the 20,000 proteins in the human body. It offers a publicly available, searchable, database with millions of high-resolution images. In 2014 we had worked with them to create a poster publicizing this first project. In 2016, to follow up their achievement, The Human Protein Atlas launched the Cell Atlas. This second database provides high-resolution insights into the spatial distribution of proteins within cells.

UP was approached in 2016 by the organization to help them raise awareness and launch their Cell Atlas project. They briefed us to create a free pull-out poster that would be distributed in the November 2016 issue of Science magazine. They also wanted a way to promote the poster in a print and digital campaign.

The brief for this project was very tight. With that in mind we worked closely with the team at The Human Protein Atlas to source the data needed for the poster and determine the best design to layout the information. A client team was allocated to collect and write the detailed medical information. Another team from Science magazine provided input on the text and the design of the poster.

We created the poster around a 3D-human cell provided by The Human Atlas. Our designers skilfully organised all the relevant information into an easy to read and attractive communications piece. This included icons to simplify the connection between the poster and the webpages.

We then promoted the poster’s appearance in Science with ads in the magazine itself leading up to the November 2016 issue. After publication, more ads gave readers the chance to order a copy of the poster if they had missed it. We squeezed even more value out of the creative treatment by using it as collateral in a number of shows and conferences attended by the Human Protein Atlas. 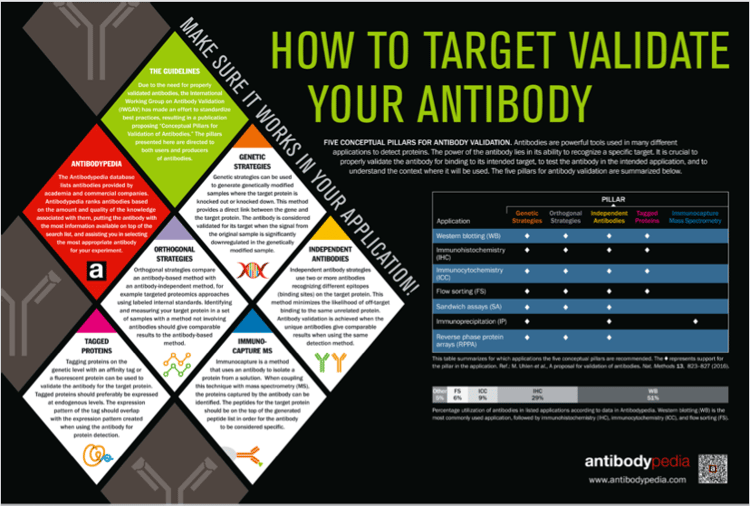 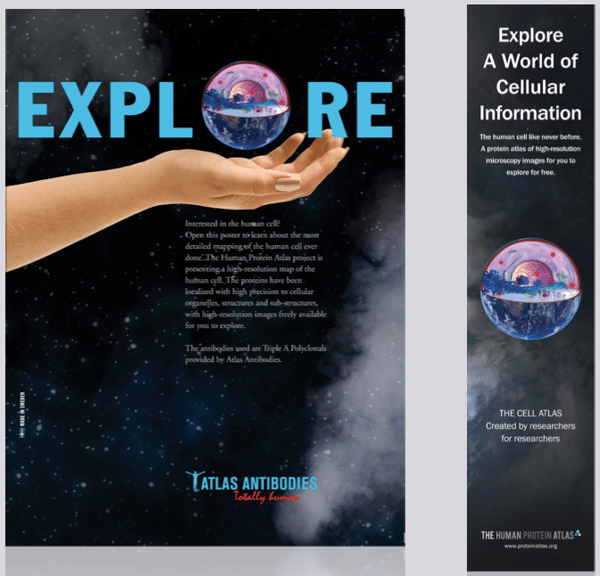