Let me tell you a story which I hope, if you work at a tech start-up, will help you realize the enormous value of inbound marketing for outreach, lead generation and thought leadership in your marketing strategy.

Way back in 2002, I worked for a small Swedish technology startup called Pyrosequencing, a company founded by the inventors of the technology that now underlies Next Generation Sequencing (NGS). At that time, however, it was still years away from fulfilling its destiny as a technology that would change the world of scientific research, diagnostics and healthcare.

Back then, the technology hadn’t yet secured its commercial raison d’être. Burning a steady rate of venture capital, the company was trying to figure out how to turn the pyrosequencing technology into a profitable business. It’s a typical situation facing many tech start-ups.

I was the newly appointed Director of Global Market Communications. I took the role seriously, because I believed in the technology. When I accepted the job, the CEO said to me, “I want you to figure out the value of this technology, and communicate it to the world, so that we can start getting customers and making money.” Simple, right? At least the directive was clear. In 2002, though, solving the problem on a shoestring was a challenge.

Pretty soon, I saw the core communication issue that needed fixing. Messaging was opportunistic, nonsystematic, or nonexistent. The U.S. did their thing, Europe did something else, and the Asia-Pacific Region did nothing at all. Our salespeople – the people who were the all-important interface with potential customers – each had their own, special approach to communicate the value of the technology. And talking technology is pretty much what they did. Nobody could point to the areas where the technology was best applied, and where the real benefits lay compared to available alternatives. If there was no consensus in the company, how could we expect to raise consensus among our customers?

In the absence of a clear value proposition, salespeople were forced to invent one. In previous years, Pyrosequencing had made a semi-successful foray into SNP analysis (then a hot topic for associating mutations to disease), but they were outcompeted by much cheaper technologies. Communications had fallen to a low denominator: talk about the technology and hope something sticks. But that leaves matters too much in the hands of the customer to figure out the value, and to trust that they made the right judgment call.

Every tech company faces the challenge of gaining a foothold in a market. How do you solve it? Well, there is an important activity in the scientific and technological process that your company must participate in.

Scientists must communicate the results of their research. Without communication, discoveries don’t move out of the lab. It’s in the DNA of scientists to communicate; to write and speak accurately and transparently about their results, and a portion of that communication focuses on the technologies that they apply to get their results. (In fact, one of the key reasons that governments first developed the Internet was for scientists to efficiently share their findings.) If you are a marketer of a new technology, it’s essential to participate in this well-established process. It’s a very powerful way to gain trust in your offering – actually I think it’s the only way. By influencing leading scientists to endorse your offering, you build trust.

And if you are working in the marketing department of a technology company, that’s probably exactly what you are doing. One of the main communication strategies for tech companies is to influence their first customers to become promoters. That’s not too difficult, since some scientists are always looking for the latest technologies to help them answer their burning questions.

But marketing-wise, it can be an expensive business: you have to provide the technology to people for free; you have to help them use it properly; and, most importantly to you, you have to get the results ‘out there’. The last stage is discretionary, since it’s the scientist’s decision if and when to present their results, and you have to rely on them to correctly interpret the benefits. It’s probably the weakest link in the chain.

Additionally, the value of their evaluation is based upon their standing in their community. It all takes time, the most influential scientists are in demand, and you’re burning capital. Furthermore, these scientists are at best early adopters and at worst, tech nerds. It’s not always certain that they can influence the profitable early majority with a convincing argument to adopt your new technology.

What can you do now?

So my employer was running out of money, and we had to find a new way of doing marketing. This is what we did.

The marketing started to generate a solid lead stream, which in a short time became a group of customers. Salespeople had a strong starting point in understanding what the leads wanted, they knew what key benefits to reinforce, and they understood what next steps to take. Salespeople began to trust marketing to deliver quality leads.

We did all this in the early 2000’s. We adopted the tools we needed as we went along. We did this well before Google had become the powerful search engine that it is today. Before LinkedIn, Facebook and Twitter had become the gigantic social media channels that they are today. Before blogging became as powerful as it is today. Today, you’ll find there is enormous leverage available to drive people to your website. All you have to do is start using it in a systematic fashion.

Inbound before it was inbound

I’m very proud of our marketing team’s achievements back in 2002. But I’m also kicking myself, for not seeing the bigger picture, and for not acting upon it.

What we did back then was, in fact, what is today called inbound marketing. Brian Halligan and Dharmesh Shah, the co-founders of HubSpot (who coined the term inbound marketing), are very smart people. They acted on the opportunity that I’m sure many saw. They have created a business by solving a problem that many start-ups feel: a systemic approach to online marketing with the technology to support a way to communicate real value to the right people at the right time. It gives smaller companies as much marketing clout as giant corporations. In fact, Pyrosequencing (which was renamed Biotage in 2003, and the pyrosequencing technology was profitably sold to QIAGEN in 2008) is still applying the same marketing approach.

There’s a really interesting observation that I have made since then: we would not have embarked on the journey of doing inbound marketing unless we were strapped for cash. I am therefore very respectful that even modest marketing budgets can entice an organization to think and act big.

The beauty of a well thought-through inbound marketing strategy is that it allows your website visitors to qualify themselves as strong leads, it can save vast amounts of time and money in systemizing and processing leads, and it makes more sense of your marketing spend. You can measure what’s working and what’s not working, so you can do more of the stuff that works. It helps you to beat the bigger guys who might have a huge marketing budget at their disposal.

In my next article, I’m going to outline the essentials of what you need to get your inbound marketing started in 2016. Today, I’m fully confident in stating that this is the future of marketing. 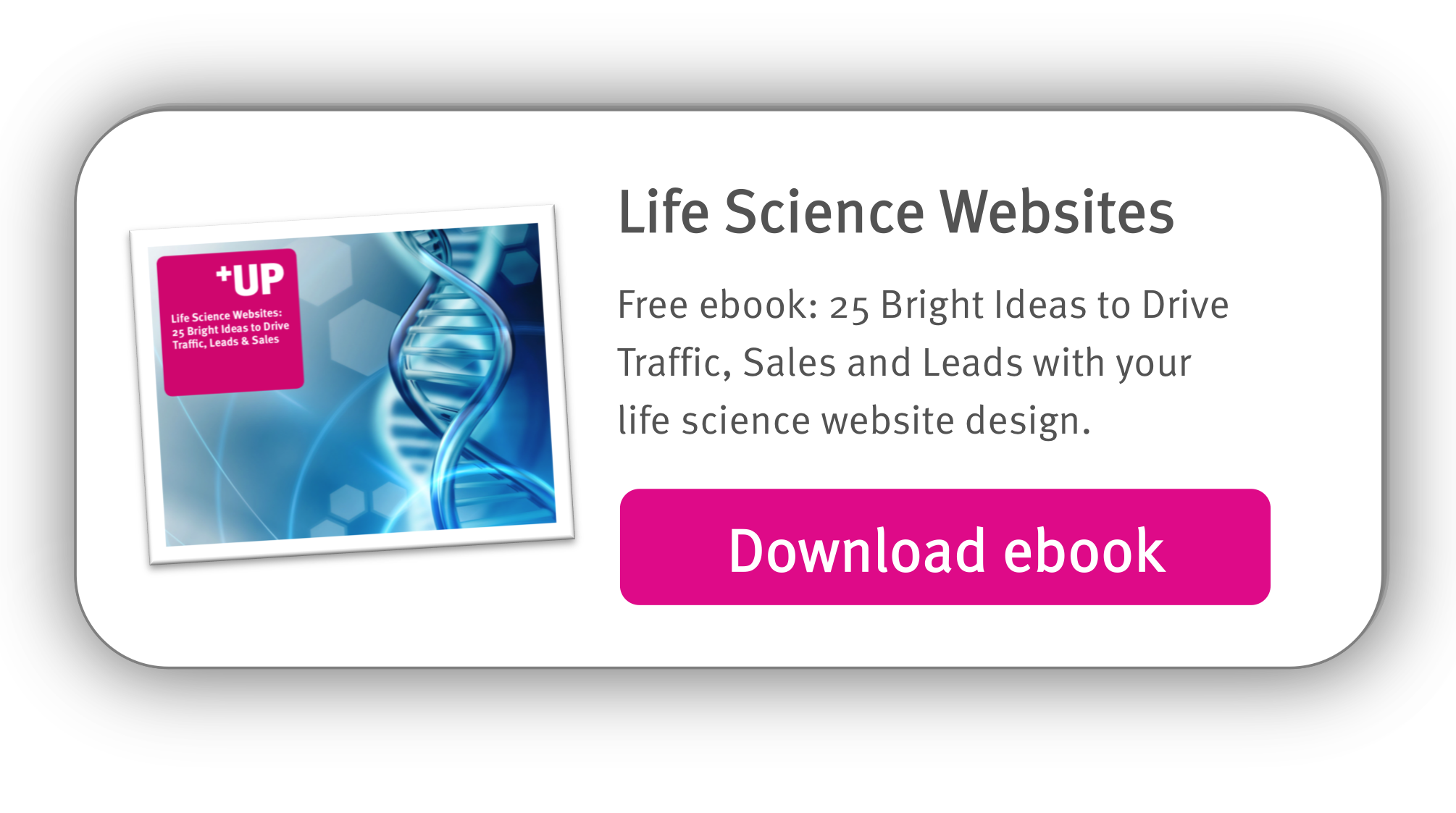 Life Science Marketing UP FOR LIFE See all
Home