By Asra Eftekhari
UP NEWS

The general public has an awful relation to science and its findings. What can we do about it?

We are all living through ‘exceptional times’. In fact, I’ve heard just about every adjective imaginable precede the word ’times’ lately. Challenging, surreal, tragic, shocking, horrific — you name it. The change has become quite tangible to us as it has directly affected all our lives during the last two to three months. The current situation that we find ourselves in, however, was prefaced by notable negative developments during the last two or three decades. During this time, the acceleration of change in our society has been unprecedented, fueled by, among other things, disinformation and a growing disregard for well-grounded findings.

I am going to look at how the general public’s attitude to science has hardened.

Do I hear a collective yawn? Yep. That’s just the problem. A universal problem that affects all of us. 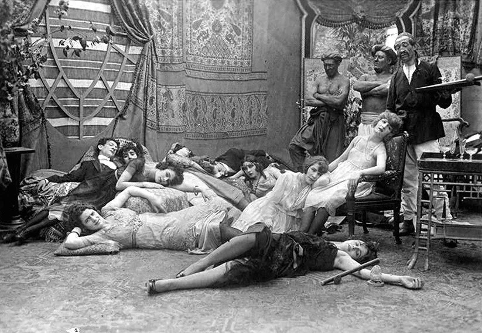 Social distancing will be important for some time yet

With the advent of all information available anywhere, anytime, it’s pretty clear that people tend to gravitate to easy-to-consume information that entertains, satisfies System 1 thinking and supports their prejudices. Daniel Kahneman’s and Amos Tversky’s research explained this and Daniel Kahneman made it accessible in his book, ‘Thinking, Fast and Slow’. These biases present us with a significant problem when it comes to the attitude of the general public to science.

When I started working in communications, I was invited to give a talk at a seminar with Jan-Olof Johansson, then the Science Editor of Swedish Public Radio. The subject was ‘Communicating Science’. We talked briefly with each other beforehand to ensure that our talks would cover complementary topics. He would cover the area of public service information and I would cover communications in science business. We wrote our talks independently, and we held them without further consultation.

Uncannily, we found that our talks came to the same conclusion: science communication was in trouble. The audience was shrinking, and its messages were not being taken to heart.

Back then, science had, and indeed still has, a major issue with outreach and connecting to people. For all our advances in the information age, science is not reaching the general public meaningfully and driving change in behaviour for the better. In times when climate change and pandemic diseases do not affect our lives, it’s not that important. But in our exceptional times, when the behaviour of the general public must change, it matters a great deal.

In the 2000s, climate change and pandemic diseases weren’t quite making the news. Despite the SARS scare (2002) originating in Hong Kong, it was not a global concern. China was not the economic superpower it is today, and today’s highly connected Asian cities were still outliers. Then came the MERS outbreak (2014) in the Middle East, which hardly rippled the news cycle. Although we were horrified by the Ebola outbreak (2014-2016) in West Africa and the helplessness of healthcare workers in staving off the death rate, they were still considered diseases that happened elsewhere, nowhere near the epicentre of Western civilisation, and unlikely to make their way into our populations — and therefore promptly forgotten about once they passed. The swine flu was routed in 2009 with a vaccine. Suddenly we felt safe that we had the ability to conquer infectious diseases quickly and swiftly. We felt safe, but we had proven absolutely nothing.

With climate change, the information outreach problem is perhaps even worse. Although the ozone holes over the poles were growing at an alarming rate, people were not advised to change their habits. We were only advised to apply more sunblock.

After his unsuccessful presidential bid, Al Gore focused his work towards climate change awareness with a book and documentary, ‘An Inconvenient Truth’. At the time it was met with skepticism and labelled alarmist. The Bill and Melinda Gates Foundation started talking about a potential situation that we were wholly unprepared for: a pandemic. Personally, I thought that this was the change we were waiting for: people with a platform to communicate the major systemic challenges facing us.

The result: the concept of global warming was questioned, even ridiculed, and the impact of human activity on the climate was popularly called a hoax. Pandemic talk was labelled as attention-seeking and scare-mongering. Actually, I have no issue with information being challenged, but I never expected that sound science would be tarred as fraudulent and alarmist. Scientific credibility was at a low ebb; even some engineers, usually on the side of science, expressed doubts about the conclusions reached by science.

Science has attempted to pivot in its attempts to broaden communication. We could perhaps agree that we’d get nowhere by broadcasting to the world that bad news was ahead; we had to accentuate the positive, that change for the better was still possible. Problem is, there is little positive to accentuate. Every communication of global level climate change accords such as the Kyoto Protocol and the Paris Agreement accentuated the fact that climate targets were not being met. Science just isn’t made for spin.

Despite the Wuhan CDC issuing emergency warnings to local hospitals about mysterious pneumonia cases on 30 December 2019, Dr. Li Wenliang was labelled a rumour-monger for circulating a patient report and charged by the authorities. Since then, the danger presented by the virus was downplayed numerous times, and measures to prevent its spread were not taken in time. This was a consequence of the cold winds blowing over the credibility of science and the message it was sending.

Even in our current ‘exceptional times’, the winds still haven’t changed. It takes time for people to change who and what they trust. Currently there is such polarisation of opinion that I personally doubt that people will change their entrenched viewpoint. I sense that people are restless and understandably want the lockdown to end. They have not accepted the message that there is still a lot more to be done: distancing, high quality and widespread testing, and a good year or two of vaccine development. They’d much prefer to get news that it is safe to visit packed sports stadiums, shopping malls, barbecues and parties. This whole isolation thing is highly inconvenient and let’s ignore it, the problem has been exaggerated, it will blow over, right? Wrong.

There are glimpses of hope for science gaining credibility and traction among the general public. Greta Thunberg is showing us the way. Perhaps because of her youth, combined with her precocious public speaking talents and commitment to scientifically proven fact, she has the media’s attention, though even she faces massive resistance and often brutal treatment in social media. Dr. Anthony Fauci has the respect of many national public health authorities beyond the United States. He has skillfully found a way to negotiate the no man’s land between politics and science. But science still has a major roadblock to overcome — a perception of unwarranted alarmism and irrelevance to worldly matters which are much closer to people’s hearts, such as the economy and the money in our bank accounts. Sure, money and the economy are important, but so are the healthy people who make it and spend it.

I would like to ask something of you: help restore confidence in what science can do to enlighten us. To accept facts even when they are highly inconvenient. Science is nothing less than the most powerful tool we possess to study the unknown and uncover the truth of things. But it is nothing more than that; it’s only a method. If science presents us with a strong conclusion backed by evidence, please take time to absorb it and tell others what you have learned. If someone is sharing the conclusions of sound science with you, please listen and act.

Let me be clear on one conclusion from science. Our climate and our ecosystems are under serious threat. This pandemic is probably related to human impact on our ecosystems. From one human to another: I’m asking you to consider whether the time has come to change our thinking and our behaviour for good.

Science cannot see into the future. We can only make projections with probabilities for short term outcomes. The general public has to learn to accept science as a valuable source of information, not spin. Science education should be broadened for every voting citizen. For a working democracy — even for autocracies, for that matter — the findings of science must be respected, however inconvenient, complicated and unentertaining they may be compared to the popular opinions of media personalities with large followings.

However difficult and displeasurable we may find engaging with scientific facts and findings, the opposite is far worse. We could forever regret living in a world where science is undermined by the cosy morphine of opinion and vested interest.

What do you think?

Have a question about life science communication? Feel free to reach out to me directly.

Life Science Marketing UP FOR LIFE Featured See all
Home