Years ago I used to work on the Beefeater Gin business in the UK. It's where I first came across the phrase Dutch Courage. It goes back to the British army who, many years ago, would issue a portion or two of Gin to the troops before they charged off into the battle.

Gin is made with juniper berries and juniper berries came from Holland. Well Holland to me, but more rightly The Netherlands – the place where the Dutch live. OK, so they possibly have three identities.

Now I know The Netherlands pretty well. We have a very active and growing UP member base there and the thing I like is that it seems you can get pretty much anywhere in the country within 45 minutes by train. I've been to Amsterdam a lot but never Rotterdam.

Where? Yes, Rotterdam, the un-sung second city that everyone kind of overlooks. Well, if you get a chance, check it out – things are happening. I've just spent a day there and it’s a cool, happening, city with more of a business beat than most places and an impressive skyline. 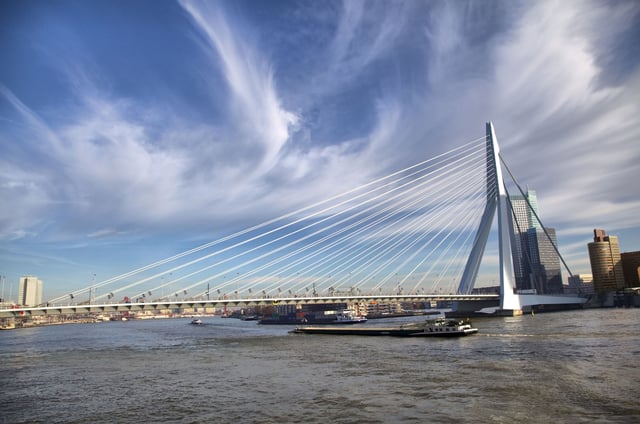 Rumour is that the folks from Boston's Cambridge Innovation Centre (CIC) have been checking out Roffa (as some street slang calls the city) as a potential European base. That puts it in competition with cities like London, Amsterdam and Berlin etc. so the city is punching above its weight. But it has a good list of assets such as a strong Life Sciences, Medical, Food and Cleantech offering; the Erasmus University and Medical Center and The Technical University of Delft. Added to this it has some very cool new and renovated spaces for younger start ups at a more reasonable cost.

Thinking of the difference between Amsterdam and Rotterdam raises some interesting thoughts as well. As one friend, local resident and UP member, Don pointed out, if Amsterdam is the me, me, me approach (as in I amsterdam) then very much Rotterdam is about We rotterdam – as the city is all about working industriously together. Another viewpoint I picked up from a local coffee shop owner was 'In Amsterdam they spend the money, in Rotterdam we earn it.' Proud, industrious, lot this Roffa bunch.

Anyway, if you get a chance check it out. You won't be disappointed.

Not every night you get to stay on your very own boat in a harbour. Added to that the boat was a former dope smuggling boat. The Lammie is moored in a small basin off the Maas in downtown Rotterdam. So if you fancy breaking away from normal hotels for a few nights, and like the idea of being rocked to sleep, The Lammie is the perfect alternative location. Find it on Airbnb. 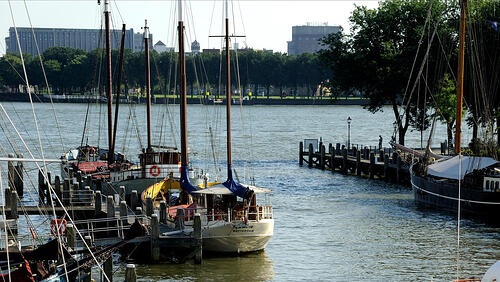 Learn more from experts in this free book chapter on Working with Stakeholders: Re-thinking Place Branding from a Practice Perspective.