GE Healthcare Life Sciences has launched a new campaign site called GE Western blotting designed by UP There Everywhere. The microsite is part of a larger online campaign project developed by England Life Sciences Marketing and UP THERE, EVERYWHERE (jointly forming UP FOR LIFE). The UP team who completed the project had members based in Sweden, New York, Boston and L.A. 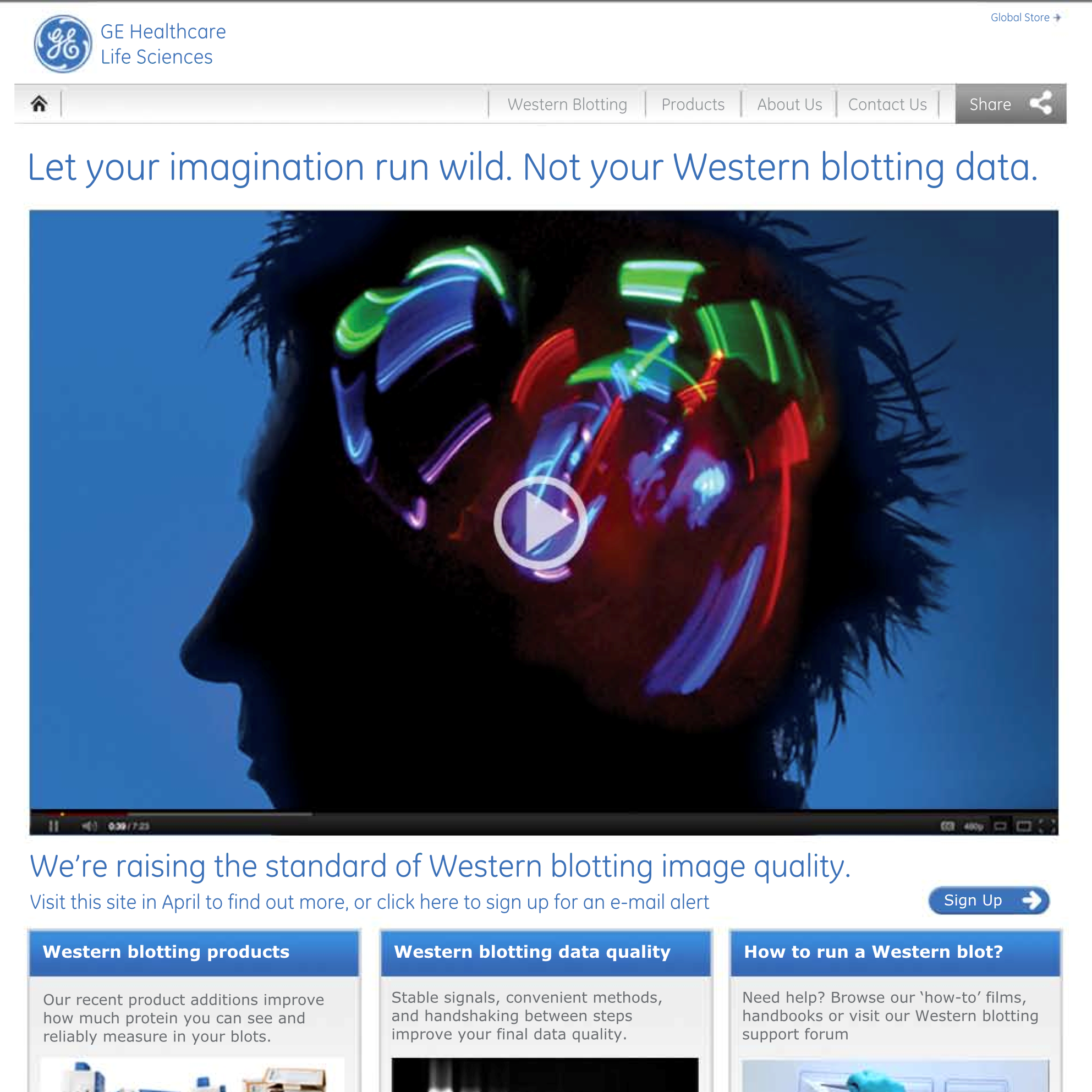 GE was in the midst of a large web site overhaul at the same time their revolutionary new Western Blotting product was due to be launched.

The ImageQuant LAS 500 product managers needed outside help to get their product campaign online in time for the product launch. The idea of a microsite on a custom domain (GE Western Blotting) was conceived to give the site more visibility and greater brand impact.

The entire website was conceived and built in less than a month. It includes several videos, including a pre-launch teaser video “Let your imagination run wild, not your Western Blotting data” and a product video called “Child’s play.”

Website Design News UP FOR LIFE See all
Home