Why lead nurturing is essential to inbound marketing

By Oliver Davy | England
UP NEWS

Eight seconds to impress. Does your logo do it?

For many companies, the logo is the essence of the brand. Yet, are logos really what a brand is about? Today, many brands are streamlining their logo designs for the digital era. What does that say about traditional logo design? Are logos still relevant? Let's start by looking at how logos evolved. 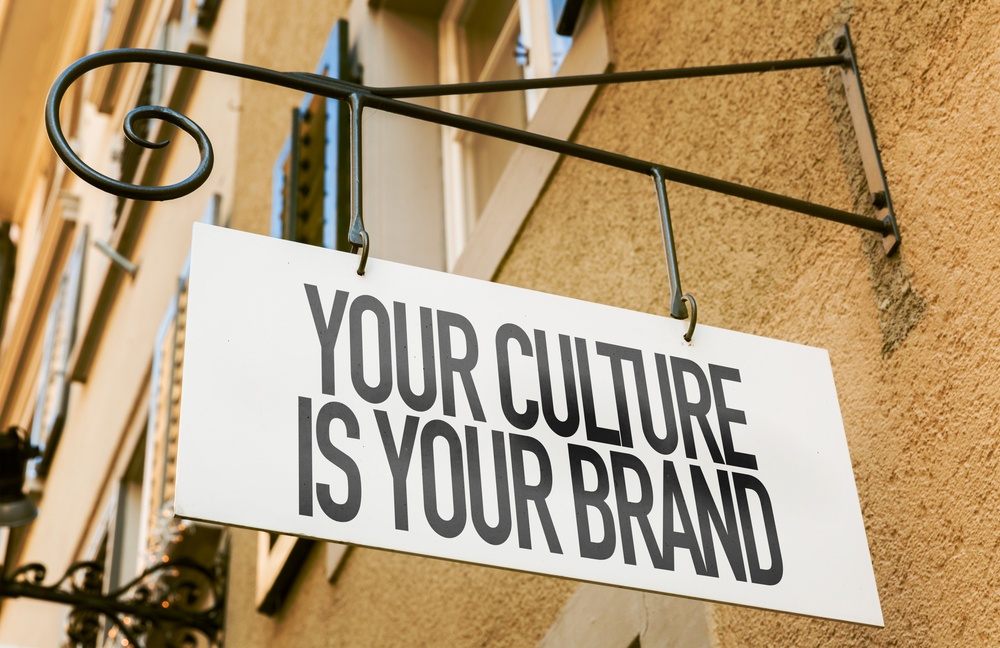 Back in the day, the Ancient Greeks had a word for it: kunósoura – literally ‘the tail of the dog’. The dog in question was actually masquerading as a small bear, Ursa Minor, or the Little Dipper as it is more commonly known. Why is this significant? Well, as all good navigators know, the tail of Ursa Minor points to Polaris, the pole star: the guiding light for mariners and other adventurers for millennia. Kunósoura was also applied to the pole star itself. Passing from Greek into the Latin ‘cynosura’ and then French, the term ‘cynosure’ came to signify ‘an object or device that serves as a focal point of attraction and admiration’.

Cynosure is the embodiment of what a logo, or logotype, is today. (Again, both Greek words: logos – word, and typos – imprint.)  Logos help us identify, orientate and navigate through crowded oceans of data and information.

The birth of the logo

As a species, we have always sought to use symbolism to express and communicate ideas. From primitive cave-paintings at Lascaux, to seals on clay pots carrying flour from Rome throughout the Roman Empire, to the Goodyear Blimp, the logo has been a crystallisation of a thought, a message, a promise, or an idea transmitted to others. Coins struck with the profile of an august emperor by a ruling empire communicated to the population that they were now part of the Holy Roman Empire – symbolised by the head of power. People using that currency were forced to identify with being part of the empire. It is this idea that we can use symbols to create an identity that makes logos such powerful propositions.

In a parallel to the ever-increasing process of global urbanization, humans have been moving in large numbers from the remote and isolated hinterlands of the analogue past to the thriving, bustling and connected global online digital community of the present: the long-touted Global Village.

Today, our lives are almost unthinkable without logos, as we use them to help us navigate the complex congested communication channels that we, as digital citizens, inhabit. Logos transcend the low-level chatter from all sides that is constantly competing for our attention. They are beacons, pole stars, whose meaning is often communicated intrinsically through their design. However, they are also the standard-bearer for a body or organisation whose existence has been stamped into our awareness over time through manifold communication channels.

The IE School of Human Sciences & Technology asserts that the average consumer is exposed to up to 10,000 brand messages a day. As the number of channels available to marketers increases, that number is set to grow rapidly.

A British study found that consumers switch between screens up to 21 times an hour. A fact that would seem to corroborate Microsoft’s claim that the average person’s attention span is now just eight seconds.

The evolution of logos

Logos, logotypes and trademarks really came into their own during the industrial revolution, when goods became mass produced and commodities needed to have a uniform appearance and some sort of proposition. This was especially important when competing with like-commodities on a shop shelf.

In the US, the earliest logos were often the signatures of the company’s founder, such as Kellogg’s or Campbell’s. However, not all potential consumers were literate, and illustrative logos such as Aunt Jemima, Uncle Ben, and Quaker featured faces to aid recognition. These were basic food commodities such as rice and oats that were consumed by the poor.

From their relatively limited number of original, tangible 'touch points' – such as print, billboards, and packaging –logos have had to adapt to a bewildering number of channels – especially digital – in order to hold their position and remain relevant. A logo might now have to translate to a tiny app-button on a smartphone or an icon in a Twitter feed.

As a result, many logos for leading, iconic brands have been modified to fit their new digital environments. It’s design evolution. Nowadays, logo-designers often start from the end-point and work backwards – beginning their design with something that will look good when seen at a size no larger than the nail on your little finger – as that may well be the size that the majority of the target market will see it.

Is your logo recognisable when viewed the size of your thumbnail? In the digital era, that could mean the difference for your brand recognition.

In a recently published article, on the website fastcodesign.com, author Katharine Schwab notes that the iconic designs of logos for Google, Airbnb, Pinterest, and Spotify have morphed into a kind of one-size-fits-all scenario. They have all dropped their swirls, curlicues and design elements that once distinguished them, for clean, utilitarian, sans-serif iterations that live well in the online environment. As a result, they have dropped any pretence at a value proposition. The article contends that these brands have become so well established in our collective psyche that they have surpassed the need to communicate visually what the company does.

The logo isn’t the brand anymore. That’s quite a leap of the imagination to get one’s head around for anyone that grew up in the heyday of the logo be-splattered 1980s. However, as we observe how companies are adapting to new frontiers that are opened up by a plethora of digital technologies, such as IoT, AI, Blockchain, Bitcoin etc., the way a company distinguishes itself in this environment is often no longer through its logo or brand presence but, rather, by what it does and how well it performs and delivers.

And there’s the crux of the matter. A logo is great for bringing an initial focus, a point of reference, or orientation, however, it is only a starting point of a journey, and not the end-destination as so many believe.

The place for logos in place branding

In the rush to establish an identity in this ever-more crowded and noisy world, logos have been thought-up and applied to almost everything imaginable. A case in point is destination marketing, or city branding, where a cultural identity in the form of a logo and a slogan, is often the Holy Grail of the municipalities and regions that have commissioned them.

Simon Anholt, a leading authority on managing identity and reputation in national and regional contexts, in his book Competitive Identity², made the observation:

“Typically I find communications departments in ministries producing lists of their country’s achievements and natural advantages: the nation’s most distinguished sons and daughters, the role it has played in world events, its own major historical moments, gems of architecture an natural beauty, regional cuisine, language and folklore, all served up with pages of indigestible demographics and statistics about Gross Domestic Product and income per capita. The idea is that this mass of data is then distilled into a pithy slogan and a raft of quasi-tourism collateral, and thus the country is marketed to an impatient world.”

A logo and a slogan can set forth a positioning. However, they must be backed up with meaning, otherwise, they are hollow, one-dimensional entities that promise much yet say nothing. As we saw with the established brands of Google, Spotify, Airbnb, and Pinterest, it’s very much a case of deeds, rather than words, that makes today’s brands live in our psyche.

When you stop and think about it, 'The Beatles' is probably one of the corniest band-names there has ever been, riffing off the wordplay of the 50’s & 60’s beat, beatnik, and beat generation. However, it is what The Beatles came to be, what they signified through their music, the meaning that they gave to countless millions of people over the years, that has come to define them, and their name. Without that, they would have been just another Merseyside band with a cheesy name.

So, it should perhaps come as no surprise to learn that the City of Liverpool is hosting an event that challenges cities, regions and other destinations, to think about their existing propositions and how they fulfill them.

Place Branding? It's not all about the logo

Titled ‘Place Branding? It’s not about the logo’, the International Place Branding Event Liverpool 2018 will take place at the iconic Titanic Hotel in Liverpool on May 31-June 1.

Featuring more than 14 speakers from top European destinations such as Amsterdam, London, Stockholm, Hamburg and Barcelona, the event will provide a lively and interactive forum for discussion. Marcus Lyon, artist, photographer and TEDx speaker on globalisation and mass development, will also address the theme of Identity.

UP for Real is the event organiser, and UP founder/CEO Julian Stubbs will be leading some of the discussions, as well as presenting a new edition of his book on destination marketing 'Wish you were here too.'

Remember: A logo is not a destination in itself – it is the starting point of your journey. 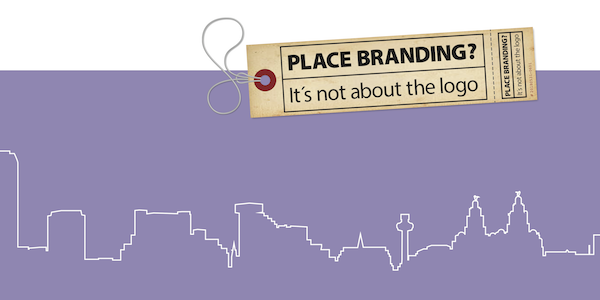 Want to know more about place branding? Join UP at the International Place Branding Event Liverpool 2018 to discuss why it's not all about the logo.

UP has brand, design and identity experts who can help you with streamlining your identity for the digital era.  View UP services.

Place Branding UP FOR REAL Branding See all
Home