A Glimmer of Light on a Dark Swedish Night

In fact one US news channel, if you can actually call Fox a news channel, even polled viewers on the topic. Their telephone survey asked whether viewers thought, considering the world situation, ‘Things are going to hell in a handbasket’ or ‘Everything will be alright.’ 58% of the respondents thought the world was already on the slippery slope to doom (in fact 71% of Republicans, but maybe that’s another story).

But despite the fact that it gets dark here in Stockholm (The Capital of Scandinavia) before 3pm, I saw a glimmer of light here this week in the depths of the Swedish winter. 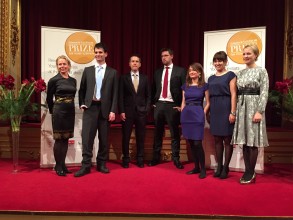 It is of course Nobel week, which means we have lots of people with very big brains descending on Stockholm to get their medals (and cheques) in recognition of their work and contribution. Without doubt this is something every scientist aspires to win (despite James Watson, the 1962 winner of the Nobel Prize for Medicine trying to get rid of his own medal this week but actually failing to do so)

The Nobel Prizes are a wonderful way of recognising and rewarding these brilliant people’s extraordinary contribution. But these superstars of science are not actually the reason for my feeling of hope. Nobel Prizes tend to be given retrospectively and it is often many years after the actual scientific contribution has been made and even longer before their work translates into something that actually has an impact. I’m more interested in the young generation of scientists doing stuff today.

At UP, we’re lucky enough to be involved with something called The Science & SciLifeLab Prize for Young Scientists. (See a case study about the Prize here). It’s a prize we actually helped create a couple of years ago when we brought together two of our clients, the Science for Life Laboratory (SciLifeLab) and the journal Science, as joint sponsors. The prize recognises young scientists at the very start of their careers. Funding for these very bright young people is really important and so the prize not only helps recognise their contribution (pat on the back) but also provides some support (money in the bank).

Our awards ceremony are held annually in the same week as the Nobel Prizes, and we hold our ceremony in the magnificent Hall of Mirrors, in The Grand Hotel Stockholm – the original venue of the very first Nobel prizes. Our lucky prize winners also get to attend many of the Nobel events and speeches. 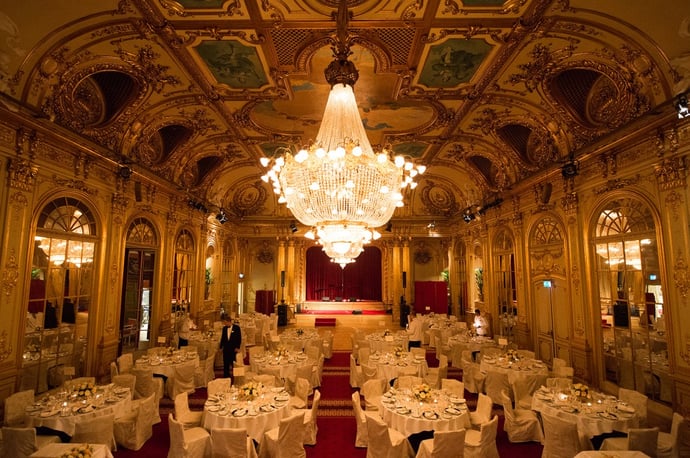 One of our young scientist winners this year was Chelsea Wood, who received her PhD from Stanford University. Chelsea gave a fascinating perspective on the Nobel prizes and really brought home the fact that there is still so much to be done. Chelsea’s winning essay and thesis was on the topic of the environment and environmental change and the ecology of infectious disease.

She told the story of Ronald Ross, who had been awarded his Nobel Medal in the very room where we were seated on Tuesday evening. Ross was the Nobel Laureate in Medicine in 1902 for, and here I use the official quote, ‘his work on malaria, by which he has shown how it enters the organism and thereby has laid the foundation for successful research on this disease and methods of combating it’. Ross received his award one hundred and twelve years ago.

Today, according to the WHO, about 3.2 billion people – almost half of the world's population – are still at risk of malaria. In 2013, there were about 198 million malaria cases with an estimated 584,000 deaths.

Chelsea’s speech makes you think. The pace of change needs to pick up and improve.

At UP we are also involved with promoting an event called Digital Health Days. This two-day conference takes place every August in Stockholm and provides a glimpse into the future and focuses on the latest innovations in health and how the digital world is starting to make a significant impact on healthcare. Healthcare is normally the biggest cost any government faces so the potential impact is enormous and needed.

So why am I so hopeful? This year's Science & SciLifeLab Young Scientist winners were, as last year, exceptionally bright and committed people. But most of all they were passionate. Passionate to change things as fast as possible by using science and technology for the greater good.

This next generation, who have grown up in an age when innovation happens at the speed of thought, are the people who will help find the solutions to combat malaria effectively, as well as a whole host of other infectious diseases affecting humanity. These are the people who will help change the world for the better and who, despite the doom and gloom and Fox news, give me a glimmer of hope in the depths of the Swedish winter.

Julian Stubbs is founder and CEO of UP THERE, EVERYWHERE.

UP FOR GOOD See all
Home