The award was presented during the 7th edition of the World Investment Forum of the United Nations Conference on Trade and Development (UNCTAD) in Geneva, Switzerland. UP is proud and honored to have participated in laying the groundwork for the Netherland’s recognition.

The Invest in Holland Network is a collaborative team of the Netherlands Foreign Investment Agency (NFIA), regional economic development agencies, several large cities and Holland International Distribution Council. The group engaged UP THERE, EVERYWHERE to gather insights and develop a positioning that would represent the many stakeholders of The Dutch Top Sector initiative in Life Sciences and Health.

Experts from both UP FOR LIFE (UP’s Life Science and Medical Device specialty practice) and UP FOR REAL (UP’s Place Branding and Destination Marketing specialty practice) worked together to develop the initiative. Using a participatory approach that gathered insight from the many stakeholders, the UP team developed a positioning and a core message that differentiated the Netherlands from other powerful contenders on a global level: Silicon Valley/San Diego, Boston, and the UK.

Because of the unique density and closeness of everything in the Netherlands, and the strong spirit of collaboration, UP recommended a core idea: Connected. The concept was further developed by imagining the country as a metropolis. This concept was well-received, especially since any region (Rotterdam, Amsterdam or Eindhoven) could use the positioning and adapt it for its own purposes.

UP created a Positioning Argumentation Guide and Toolbox. 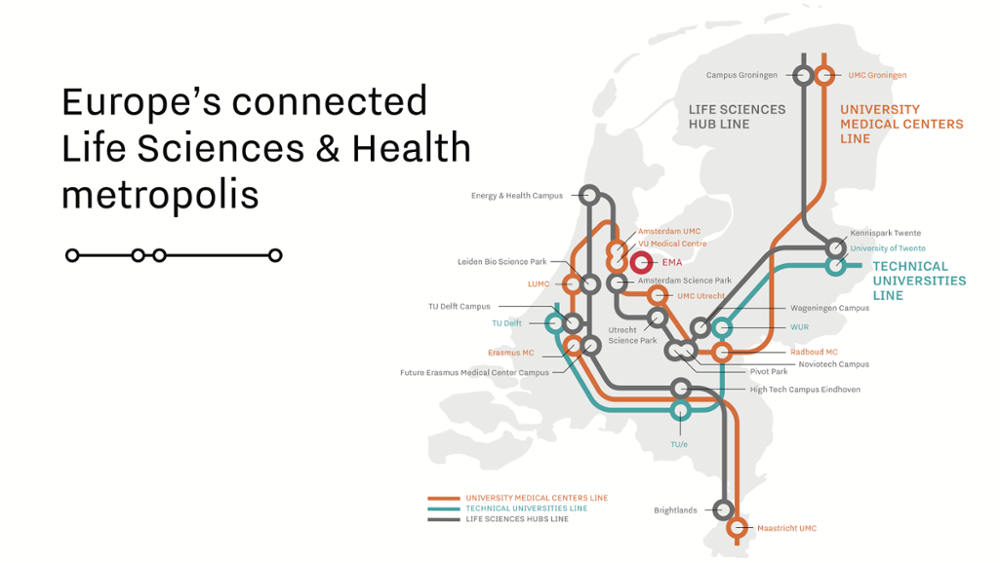 Read more about the work >

The UNCTAD Investment Promotion Awards are presented each year to recognize the outstanding work done by the world’s investment promotion agencies (IPAs).

“UNCTAD's aim is to make both the investment community and the general public aware of exceptional contributions by investment promotion agencies to the realization and advancement of national development strategies. It also enables the dissemination of best practices and lessons learned in the promotion of foreign direct investment (FDI) for sustainable development.

The UNCTAD World Investment Forum is a global conference of governments leaders, CEOs, ministers and heads of international organizations that brings together more than 5,000 stakeholders from 160 countries to address some of world’s most pressing development and investment challenges.

Hilde van der Meer said: “As Invest in Holland, we continue to facilitate collaborations and discoveries because by working together in a collaborative ecosystem, we create better health outcomes not only for the Netherlands, or Europe, but for the whole world.”

For more information on the award, please visit the Invest in Holland website.

News UP FOR REAL Branding UP FOR LIFE See all
Home