The power of photography in building your brand

Alex Giacomini has built a formidable reputation shooting striking images for multinational brands and ambitious start-ups. He’s been working with UP for over 5 years and has just finished shooting the beautiful images which will be featured on the new UP website. We caught up with Alex the day before he headed out into the fields to shoot a herd of cows for a dairy producer.

These days we’re surrounded by beautiful images and it’s easier than ever to take and edit photos. How have technologies like smartphones and Instagram affected our relationship with imagery?

I see it as a positive thing. First, of course, I was a bit scared that everyone could do my work. But actually, brands being exposed to good photography means they appreciate it more. And because there’s a big stream of nice-looking stuff floating through social media, they know they have to work harder to be interesting. So, I’m busier than ever! Personally, I don't care what I'm using as a tool to capture images. I look forward to shooting with less equipment and simpler technology, so I can focus more on the team, the idea, the models.

In a world full of flawless photos, how can brands stand out?

I think in the right field with the right audience, it’s an advantage not to be perfect. I’ve done campaigns where we edited the pictures so they didn’t look too perfect. I think the most important thing is not expertise in photography or filmmaking necessarily but the strength of the idea.

I think companies should also embrace creating content for themselves. Then you can have different levels of output. The high-end stuff, where people like me come in, and then a department in the company producing good material too. It makes it more interesting when you have some campaigns that are less produced but have a lot of heart.

Photography taken during our UP photo shoot in Stockholm

What are your thoughts on using stock imagery for marketing campaigns?

A few times in my career I’ve seen cases where a company has done a campaign using stock imagery and then just a week or so later their rival has used the same picture. In my eyes, that’s a disaster. If you're a company based in Sweden, for instance, it's so easy to tell that the picture you bought from the internet was produced in the US or somewhere else. Stock images serve a purpose but using them for a campaign is crazy, very high risk for your brand.

What kind of projects do you find most exciting?

Definitely the ones where the company is open to changing the way they communicate through imagery. That's something I find very interesting. Usually it's scary for the client, because they prefer to stick with what they know. But with a new approach often you find you can suddenly reach a new group of people and keep the old ones too.

Have you worked on any projects recently where the client was open to new ideas?

I just did a shoot about dry hands for an UP client called Galderma. We did some really nice things with the lighting, added water drops and stuff like that. Apparently the orders increased 18% in certain markets. It was only a small tweak thing but it really contributed to sales.

How do you manage the risk of taking a new approach?

First of all, accept that sometimes if you take risks it doesn’t work. Usually having the client involved makes the process easier though. Some people like to keep it a secret. I think it's an old tradition in advertising to do that. But nowadays it's easier to do mock-ups and sketches. Let the client in as soon as possible, especially if you're doing something dramatic.

Don't disappear into the Batcave then emerge weeks later and wonder why they hate it.

Yes, exactly! Be bold and brief them before.

What advice would you give a company that hasn’t worked with a photographer before and wants to get the most from the shoot?

I think first it has to be about trust. If someone recommend a certain person, you have to trust that they’re going to evolve your idea in some way. From the client perspective, be confident and believe in the person you’ve hired. Some companies try to micromanage everything. Those shoots end up like you could have just used your own phone, because no magic happened. It's too controlled.

Then be clear about what you want. What's your purpose here? Do you want to increase sales, or make mothers feel warmer to your brand, or what? I mean, there’s not only a sales goal in what we’re doing, it could have another perspective too. They have to do their homework, so they get out as much as they put in. 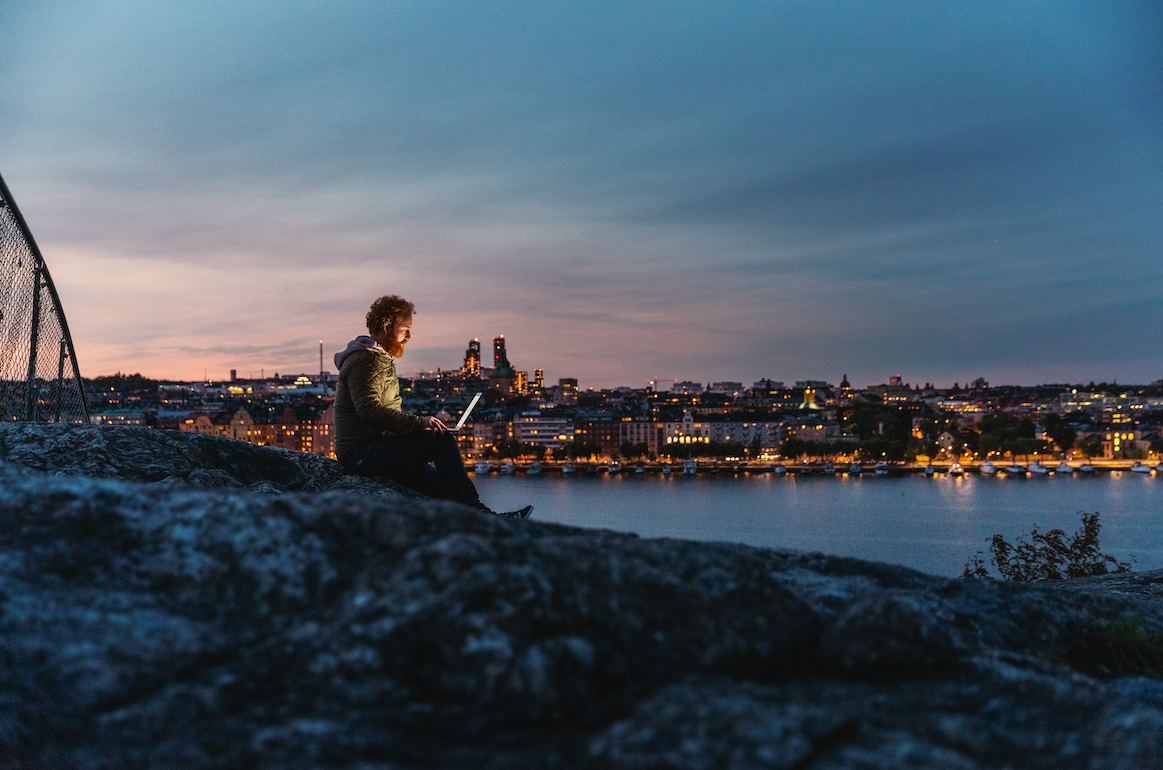 Photography taken during our UP photo shoot in Stockholm

Ready to improve your photography?

Talk to us about how to build your brand with great photography.