China Crisis: What can we learn from the D&G disaster?

How long does it take for a brand to go from being a big success to a big flop? In this digital and social media era, it might take just one click. The incident that happened to Dolce & Gabbana in China recently can be a hard lesson to learn. 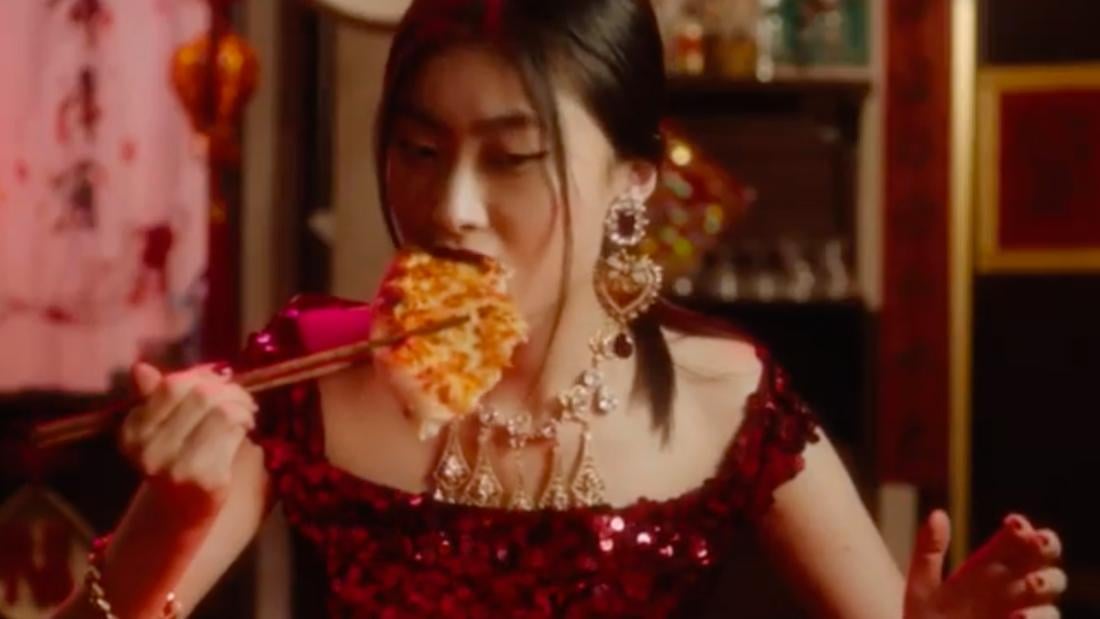 On November 22, nearly all the key biggest e-commerce stores, including Alibaba, Jindong and Suning, pulled D&G products off their shelves.

The day before, D&G scrapped a fashion show in Shanghai hours before its opening. According to the promotion material, the “Great Fashion Show” had invited 1,500 guests and it was to feature 350 models and over 40 celebrities on the catwalk.

It all started with a controversial social media video.

On November 17, to warm up for the fashion show to be held the following week in Shanghai, D&G released three short videos titled “Eating with Chopsticks” on its social media platforms, Chinese microblog Weibo and Instagram, depicting a fashionably dressed Asian woman clumsily using chopsticks to eat Italian dishes like pizza and spaghetti.

Captioned and narrated in Mandarin: “First up today is how to use this stick shaped cutlery to eat GREAT traditional Pizza Margherita.” Among other disputed elements, the video stirred the first wave of criticism as Chinese took to the internet to complain about the fashion label indulging in stereotyping and racial discrimination.

Within 24 hours after the initial release, under pressure, D&G deleted the videos on the Chinese microblog Weibo but kept them on Instagram. Furor grew bigger and spread further in a second wave as screenshots circulated over an Instagram conversation in which label co-founder Stefano Gabbana made derogatory comments about China. 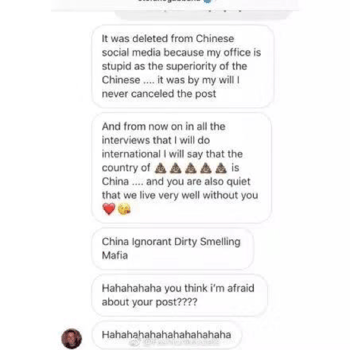 Although Mr. Gabbana denied making those remarks, and the company attributed them to a hacked account, the screenshot went viral on the internet and the Chinese public wouldn't accept the explanation or buy into the excuses. 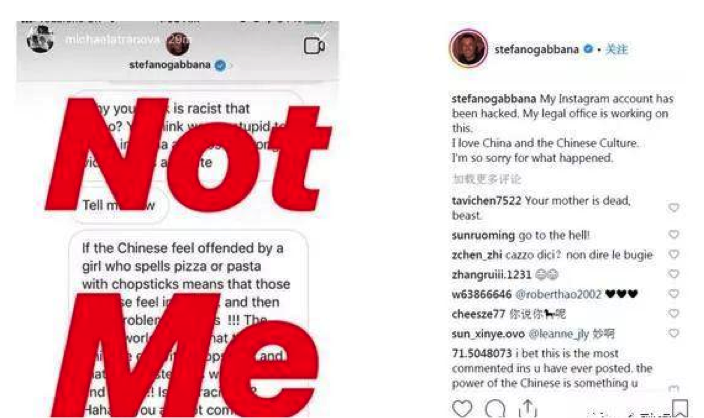 Then the dominos began to collapse.

In the morning of November 21, Chinese celebrities, like Zhang Ziyi, Li Bingbing and Huang Xiaoming, showed their antipathy towards the content presented in the three video clips, and confirmed that they would cancel the show. Zhang Ziyi said on Weibo that she and her team would not buy the brand any more from that day on.

“The motherland is above everything. We are proud and confident of Chinese culture and spirit. Undoubtedly, you [China] are the best,” singer and actor Kerry Wang Junkai said on his Weibo post and stated that he would not be attending the show.

The next day, all the key Chinese online stores which sell luxury goods removed D&G products from their shelves.

On November 23, the two founders, Dolce and Gabbana, apologized in a video themselves. In Madarin, they said clumsily: “Dui Bu Qi!” which means “We apologize!”

So, we have seen how a video clip on social media escalated into a huge crisis so quickly.

How could D&G have fallen into such a crisis and personally escalated the drama? What went wrong in the first place?

What should we do and what can we learn?

My immediate comment to this incident is to quote a Chinese saying:

Water can hold the boat up but it can also flip it over. （水能载舟，亦能覆舟）

Since starting in China in 2006, G&G have opened 56 stores in 12 cities throughout the country, in addition to an online presence. For D&G, China has the largest number of stores of any other region in the world.

According to a Bain & Co. report, Chinese customers accounted for roughly one-third of world-wide spending on luxury goods in 2017 through buying either at home or on trips abroad.

Chinese consumers, like water, once made D&G float high, but if D&G cannot respect and treat the Chinese culture with care and delicacy, the boat of this big fashion brand could be flipped over any time.

Not the first time

Actually this was not the first time D&G had a cultural misstep in China. Take a look at the following pictures: 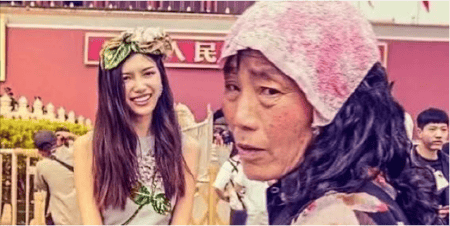 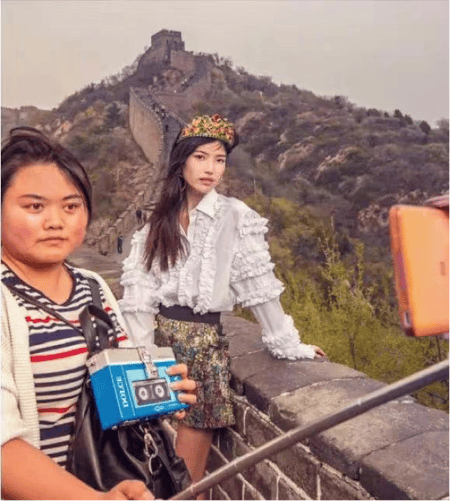 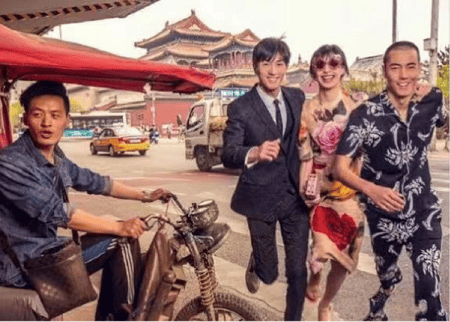 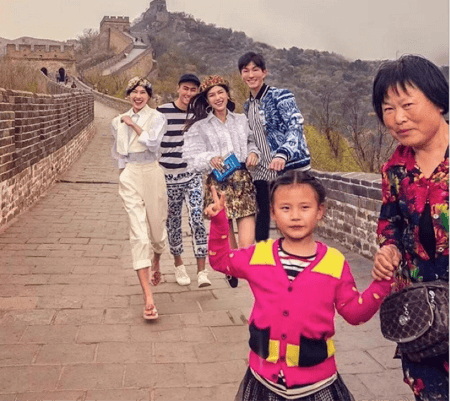 The photos were part of  an advertisement done by Dolce & Gabbana in 2017 showing well-dressed models on Beijing streets and tourists sites next to poorly dressed ordinary Chinese. It caused huge resentment online and D&G has since removed the images from its official Chinese microblog on Weibo.

China has a long history of which its people are deeply proud. For many, the country of China is called motherland and regarded as mother. Naturally, it will make people uncomfortable if you try to stand out by bragging about your own culture over theirs — especially exposing their dark or weak sides.

Nowadays in China, the whole society is mobilized trying to realize the "China Dream," and the country's traditional history and its rich culture has been put in a very important place. In this social context, it is always best to be “politically correct” and avoid letting creativity overstep cultural taboos.

What can you do?

1) Check your values. The key issue is that you need to review your mission, vision and core values, and see if you really respect and appreciate the other culture before entering their markets. Your values are part of your branding and they influence and shape what you do and how you interact with your customers and how you treat their cultures. If on one side you claim that you love their culture but on the other side, you talk down to or make fun of the consumers’ culture, your pride and arrogance will pay in the end.

3) Apologize with sincerity. Be ready and be bold enough to apologize when a crisis comes. Take responsibility and find constructive solutions and remedies. It is more powerful than just explaining and finding excuses.

To conclude, let’s take a look at an advertisement done by Vogue in 1983, which was highly praised by Chinese netizens.

Each culture is unique. Find the harmony and beauty coexisting and complimenting each other. 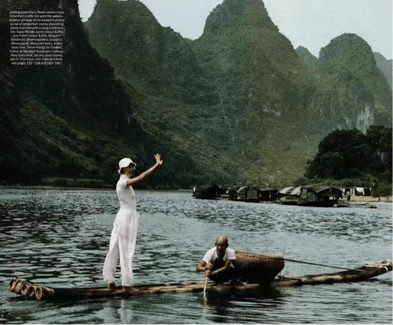 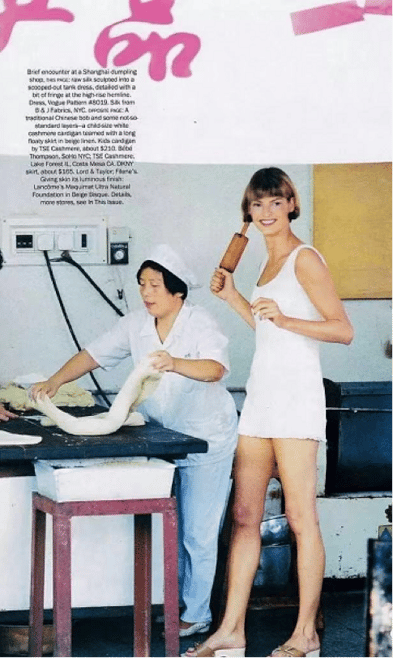 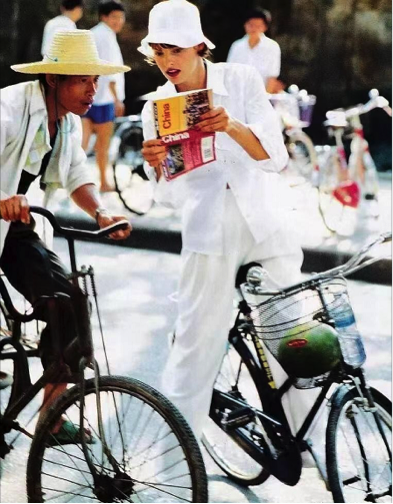 The difference? The Vogue ad celebrated the Chinese culture. It created a sense of unity and involvement rather than poking fun at the differences. It's about resonating rather than being tone-deaf.
Have a comment? Leave it below.
What about your brand? Does it resonate across cultures? Get a brand audit from UP FOR ASIA to find out.

International Branding UP FOR ASIA See all
Home