How to create a WeChat B2B marketing strategy for your company

By Ingrid Frijlink
UP NEWS

I don’t watch much television. Firstly it’s mostly filled with rubbish and secondly I just don’t have the time. But Friday night my twelve year old insisted we all sit down to watch the opening ceremony of the XXII Olympic Winter Games from Sochi. I’ll come on to the ceremony itself in a while, but firstly let’s just consider the cost. More than $50 billion dollars. That’s right, $50 billion. To put that into some sort of perspective that’s nearly four times the cost of the 2012 London summer Olympics or a bit more than three billion dollars a day over the 16 days of the main event. Even Bill Gates couldn’t afford to do it. So the question is what sort of return or value can possibly be expected on that sort of investment and is it really worth it? 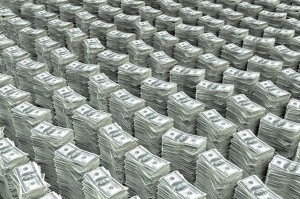 Sochi. The most expensive Olympic Games in History

So why do so many cities chase the Olympic dream of hosting the most expensive show on earth? It’s actually a complex mix of reasons. The Russians say they want to encourage tourism and put it on the map. Well, here’s just a guess, but at $50 billion dollars, from a tourism or inward investment perspective I don’t think it will pay off. Closer to the truth however is showcasing and ego. In the case of the 2008 games, hosted by Beijing, it was a very clear signal to the world announcing that China had arrived on the world stage and intended making the 21st century their own. Russia is certainly driven by similar motivations, and there’s probably more than just a hint of expensive ego massaging going on as well in Sochi.

The Sochi opening ceremony itself was interesting to say the least. At its best moments it was impressive, at its worst totally cheesy. To be fair unlike the last summer Olympics in London, Russia doesn’t have a stable full of world famous celebrities to roll out. Also the charm of the London ceremony was the Brits ability to laugh at themselves and have a bit of fun. I’m not sure there’s a big market in Russia for stand up comedians (maybe they need to invest some money in that!) but Russians are obviously serious folk and there wasn’t a lot to smile or laugh about on Friday night (apart from the four then five Olympic rings mystery - but more on that in a moment). It was especially interesting to see their handling of the whole Soviet period, where they managed to airbrush over seventy years of pretty brutally repressive history. But the more formal, and classical, orchestrated dancing parts were actually beautifully executed and well worth watching. On top of that the obligatory massed fireworks display is always fun to watch.

The night had a few technical glitches as well, such as the snow flake that failed to morph into the fifth Olympic ring. Still, not to worry, Russia being Russia, they switched the TV feed for most people around the world and ran a pre-recorded version where the fifth ring actually opened.

Saturday morning saw the first days events, one of which was the ice skating and the very noticeable thing for me was the lack of an audience. The stadium seemed half full at times. The question is how many regular people have actually found out where Sochi is and gone there? Judging by the very real security issues the majority of the audience would appear to be diplomats, sponsors guests, family supporters of the athletes and security personnel. So much for the Olympic spirit.

Without doubt a good Olympics can have an impact – and certainly in Place Branding terms. The last London Olympics does seem to have had an impressive impact on tourism, with the UK seeing its strongest visitor numbers since 2008, attracting 22 million visitors, and spending up by around 11% (at £22 billion). But as we know there are good Olympics and bad Olympics both for athletes and host cities. The Montreal summer games in 1976, which almost bankrupted the city, were finally paid off in 2006. The 2004 summer games, hosted by Athens, have left the Greeks wondering about the value of hosting the games and probably preferring to pay in Drachmas if they could. Then there is Beijing and the 2008 games. Up until the Sochi games Beijing was the most expensive Olympics ever at $38 billion USD. The centre piece Birds Nest stadium is already turning into a white elephant as it crumbles into disrepair and is apparently vastly under utilised.

The IOC doesn't appear to be too worried by any of this however and the show just goes rolling on, and the venues spend ever more chasing their dream of Olympic gold and becoming a host city. I think its high time the Olympic committee examined their own values as a way of setting a standard for host nations. Someone needs to inject some reality back into the whole circus and get the Olympics back to focusing on sport.

If putting Sochi on the map is the objective for this Olympics then in many ways its putting it on the map in the wrong ways, as the Russians seem to be intent on alienating large chunks of society as well as making the region seem like a Fort Knox when it comes to heavy handed security.

Would I want to go? I don’t think I would. So I’ll just sit at home and watch it on the telly – even with its doctored feed.

The author, Julian Stubbs, lives in Stockholm, Sweden and is a founder of UP THERE, EVERYWHERE, the global cloud based agency. He is a brand strategist, writer and presenter who has worked with developing brand strategies and identities for a wide range of organisations and places. From Technicolor, the Hollywood movie company to the Nobel Peace Prize Concert, to the city of Stockholm, in Sweden. His first business book, titled ‘Wish You Were Here’, explores the branding of places and destinations as well as his work for the city of Stockholm, where he created the brand positioning and tag line ‘Stockholm, The Capital of Scandinavia’. A free chapter of the book is available for download at the following link:

WISH YOU WERE HERE is available on Amazon.com at the link given below.

Place Branding UP FOR REAL Branding Marketing See all
Home