So as 2013 comes to a close I thought it might be a good idea to do a top 10 list for UP, looking at just a few of the highlights and important things we’ve been involved in during the year and give some hints of what's coming UP in 2014. 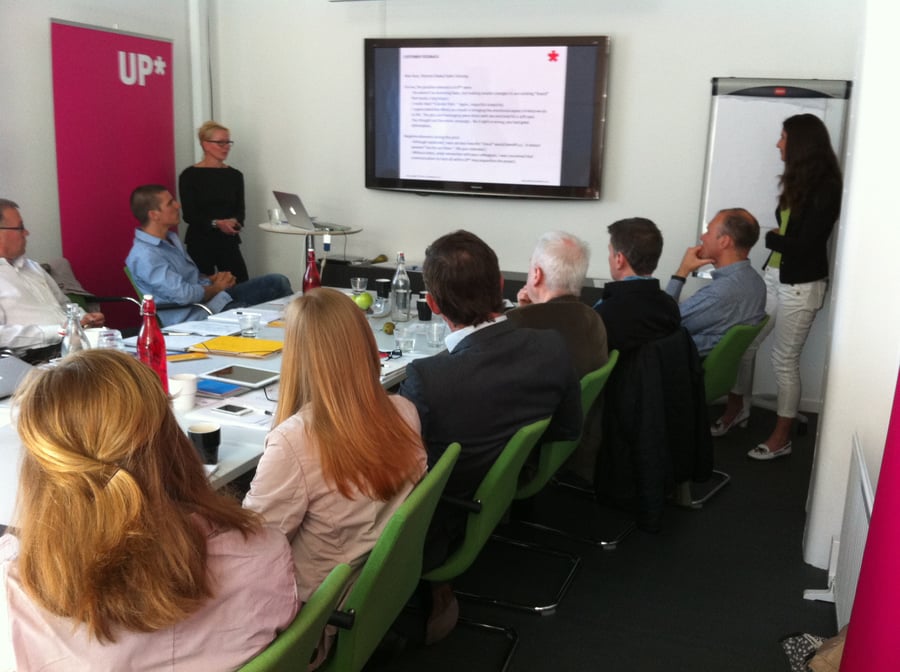 In December 2013 we passed the three year mark as an organisation. We technically incorporated the UP THERE, EVERYWHERE in Sweden in December 2010, although we launched the first website in January 2011. Either way it's happy birthday UP. Sales each year have so far doubled and we’re targeting to double our revenues again in 2014. 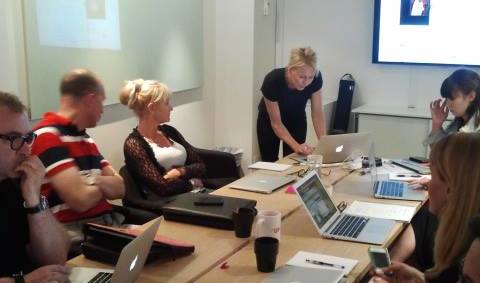 In May 2013 we launched our first Creative Space in Stockholm at Kungsgatan 29, right in the city centre. It’s a plan we’ve had for some while now and UP members can use the Creative Space to work in as they need, holding client meetings or just internal project team sessions. On top of this a really great trip to New York in the summer culminated in the opening of our second Creative Space – in SoHo. We have a really great team driving the UP business on the east coast with UP co-founder Eric Dowell based there. Creative Spaces fit the UP business concept perfectly and Kungsgatan and New York set the standard

At number 8: Our international reach.

Again and again this year we've run projects internationally, leveraging the strength of having over 130 people around the globe. It's a huge advantage, and you don't need to be a Fortune 500 company to make use of this unique resource. I believe our presence in Europe, North America and Asia - combined with the cloud - is a real strength.

We've had a big focus business wise on Life Science (UP FOR LIFE) Place Branding and Marketing (UP FOR REAL) and sustainability and non profit work (UP FOR GOOD). Well in December 2013 it was joined by a new focus on InfoTech (UP FOR IT). Watch this space for more areas in 2014. 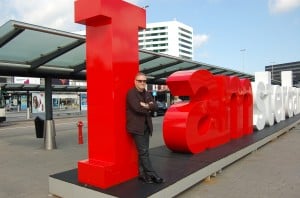 I am in Amsterdam I am.

I’ve personally spent a lot of time in The Netherlands in 2013. The UP Amsterdam operation is headed UP by Lawrence Masle and we have some great new people based there. On one of my trips, on July 4th, I was invited to give the keynote speech at the I amsterdam Partner Marketing Day. It was a real honour and I enjoyed the experience.

See extracts of that I Am Amsterdam speech:

Most people know I have a passion for the city of Liverpool. I've been lucky enough to see LFC play a lot of games this season, and in September I was invited to give a speech at the Heseltine Institute on Place Branding (see link below). Added to this in October UP helped support one of the best things I've done all year - taking a group of 22 young footballers from Sigtuna in Sweden to the city to play and watch football. On top of this we had coaching from premiership coaches and a VIP tour of Anfield and the museum. A memorable weekend.

I've personally been involved with a prize targeted at Young Scientists since 1996. It started life as The Pharmacia Biotech & Science Prize for Young Scientists when I was in charge of brand development at a life science company called Pharmacia.

My logic was great brands do great things and support the businesses they work within and so we initiated a prize. This year we have been fortunate enough to help move that original prize onto even greater things with the re-launch of the prize as the Science & SciLifeLab Prize for Young Scientists.

Science and SciLifeLab are both clients of UP and we brought them together to create the new iteration of this very special prize which is now also supported by the Swedish Knut and Alice Wallenberg Foundation. We have a really great UP team working on the prize, headed by Anne and Jenny, who were involved in the promotion and organisation of the prize. This year set new records for the number of entrants and the quality of the submissions was equally outstanding. I was lucky enough to attend the Grand Prize ceremony at Stockholm’s Grand Hotel and meet the four winners who won prizes totalling $35,000. Added to this the Grand Prize winners paper was published in the December 6th edition of the journal Science. It’s something very special and I’m really proud to have UP involved with the prize.

We all know the way we choose and make purchase decisions nowadays has changed. First thing we do whether we are buying a mobile phone, a car, making a purchase for our business or even visiting the Doctor is to go online. All the information in the world is out there - but it needs organising. And that’s where the marketing world has been heading these past few years: inbound content marketing.

So we have invested in one of the world's most respected inbound content marketing systems – HubSpot. We have become an official HubSpot Partner and now have a number of UP specialists working with HubSpot in both Europe and the US. Watch this space for more information early in 2014 on our HubSpot roll out.

At number 2: The UP Super System.

Over the past year we’ve invested a huge amount of time and money in developing our own bespoke cloud based administration and finance system – the UP SUPER System. Completely built around our own unique needs as a global organisation, it will streamline, as well as drastically reduce, the amount of time we need to spend on the administration and tracking of each project we work on, wherever the projects are and whoever is working on them. The UP SUPER System is one of the big items that will impact 2014.

And here it is - my personal number 1:

E-Ployment: The third way to live and work in the cloud: a personal journey.

UP writer David Holzer and I have been working on this book for nearly a year now. E-Ployment tells the story of UP and our revolutionary business model, a model that will be applied to even more service industries in the future. We all know that t hings seem to be converging more and more as our personal and work lives becoming increasingly intermingled. Today, we think nothing of watching a fun video on YouTube at 10 in the morning or answering business emails at 10 at night. The challenges of picking the kids up from school mid afternoon and delivering them to their various activities has to be balanced with managing a job. This is the picture for many of us who work in service industries. The world of work has to change and traditional employment is fast becoming a thing of the past. The cloud and digital tools we’ve come to take for granted offer us more independence than ever before. We’re discovering that we can take control of our own lives and futures.

The advance release of E-Ployment even got a review in The London The Evening Standard. The book should be available from Amazon in February 2014. Here's what Lynn Franks, Women’s Empowerment Guru and Business Women, has to say about it:

'Ad agencies and marketing service companies should be extremely nervous right now about the freelance networks going out to compete with them. Networks made up of people achieving a better work/life balance, becoming more free and taking control of their own lives and future. This book tells you why they're succeeding and how you could too.'

Get a free sample of E-ployment