Seven things scientists won't tell you about how they choose products, goods and services

You may have noticed that scientists and engineers consider themselves to be the most rational people on Earth. They may even think they have superpowers of rationality that have not been bestowed upon ordinary mortals. It’s easy for people who market to scientists to make the same mistake. 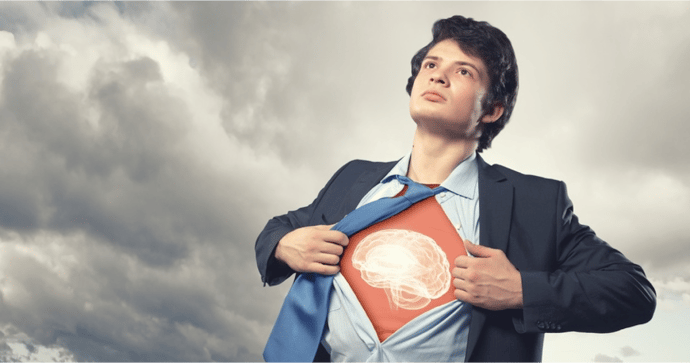 And it’s not surprising they do. From their first years in school, the grown-up scientists of today have been singled out by gushing teachers and doting parents for their powers of reasoning, their sceptical mindset, and their ability to work with a logical approach to think up an experiment and test a system to find the correct answer to a question. Encouraged by recognition, many whizz kids work hard to refine their innate talents into well-honed scientific practice. On the day of their doctorate examination, they are fully prepared to defend their thesis with facts, indisputable data and solid reasoning.

Scientifically minded people take justifiable pride in their trained abilities. It’s an important discipline to consider only confirmed facts, to think critically to avoid being romanced by distracting information or inappropriate assumptions. Scientists may even develop a self-image that misleads them, as well as the people around them, that their training helps them to apply their powers of rational thinking to other areas of decision making, like when it comes to how they choose what they buy and who they choose to do business with. With the immense and consistent buying power of the research, pharmaceutical and healthcare industries, this question is of great interest to marketers.

The rational, apparently impassive scientific mindset has often misled science marketers into believing that their target audience is unique, comprised of rational beings that measure the value of everything in terms of maximising the utility of the good or service. That ability is what scientists would prefer to convey to their leadership team as they are about to present a sizeable purchase recommendation.

But nothing could be further from the truth.

In the early twentieth century, with the rise of mass consumerism, setting prices became important, and economists began developing theories of what people are prepared to pay for goods. For the sake of their models, they made some assumptions about human behaviour. Models assumed that people chose products and services to maximise utility. Briefly, consumers are assumed to pay an amount of money relative to something called ‘utility’ (an individually defined benefit, usually a functional one). As the consumer increases the consumption of a good or service, the satisfaction or pleasure she gets (the ‘marginal utility’) from each additional unit of the good or service decreases. In other words, your first Tesla would give you much more pleasure than your second Tesla, since you derive marginal pleasure from the fact that your neighbour was only marginally greener with envy when you drove your second Tesla up the drive.

A Bevy of Black Swans

We might naturally assume that scientists, being close to the epitome of rational beings, might show at least some tendency to follow the assumption of maximising utility. Over the past twenty years of my career in marketing to scientists, my observations of their behaviour have led me to believe that this is evidently not true. Here are a couple of black swans that prove my point.

I know one (rather successful) scientist that owns two Teslas. She is really, really happy, and she will gladly tell me that she owns two. In fact, there is a pretty high probability that she is more than twice as happy than if she had one Tesla. Now she can have her first Tesla in peace without her partner asking constantly to borrow it. Also, having two Teslas certainly tells a story; a better story than the story you can tell by owning only one Tesla.

I also know a scientist who owns thirteen bicycles and shows no signs of refraining from buying his fourteenth. The fact that he has thirteen bicycles actually gives him licence to buy more. Owning the latest bicycle technology has become a part of his identity.

The assumption of maximising utility is certainly not working on these scientists, and I fear that their behaviour is typical; the only variable in their otherwise consistent behavioural equation is the nature of their fetish: Teslas or bikes. But the object of their desire could equally be a next-generation sequencer, a quantum computer or a two-photon laser scanning fluorescence microscope. 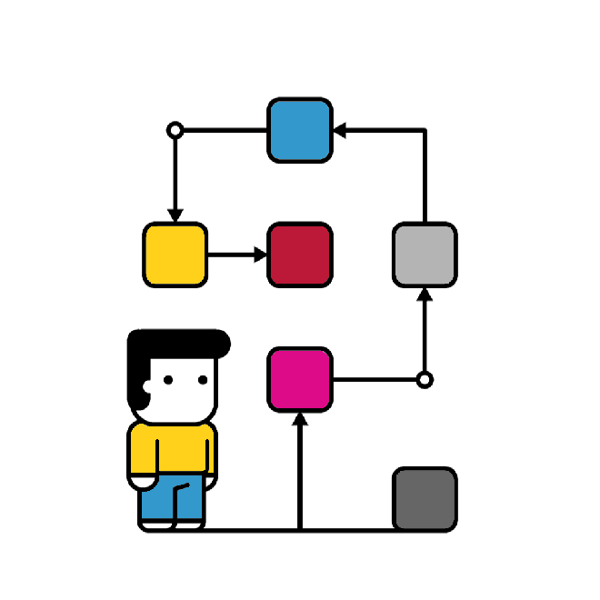 I’ll present seven rather telling observations from over 20 years of personal experience of selling and marketing to scientists. There are quite a few non-rational decisions being made here.

1. “The brand matters to me. It really matters.”

I used to work in microscopy sales. It’s a business dominated by big, powerful brands. At the time, I was working for a start-up with a very innovative product, and they were relatively unknown. I was asked by a group of scientists at Stockholm University to put the product through its paces. I made it jump through all the hoops. At the end of the demo, after detailed comparisons and by their own admission, my product had outperformed the competition’s. I went home that Friday, thinking I had the deal in the bag.

On the following Monday, I got a call from the lead scientist. He said, “You’ve done everything to prove that your product is better, but we have decided to go with the other supplier”. “Why? Was it the price?” I asked. “No, your product is cheaper and it performed better”. There was a pause and a sigh. And then, finally an unexpected reply: “Actually, I can’t explain why”. The poor rational thinker; he didn’t have the heart to say that it was the brand, and all that it stands for, that swayed their opinion (the brand started with a ‘Z’, by the way).

At another university in Sweden, a professor had just been recruited from The Netherlands. He had made a deal with the institution to set up a completely new lab to support his research. Suppliers were flocking around him.

He called me up and said, “You know that imaging facility that you set up for Prof. X? I want one twice the size. I want six flat screens hanging on the walls like paintings in an art gallery. And I want the room’s lighting to be completely controlled with a single remote.”

As an extra touch, we mounted a card reader on the door. With a single swipe, the door swung open and the lights dimmed, just so, on each imaging workstation. For him, this was the lab equivalent of a garage-full of Porsches.

3. “It has to originate from somewhere cool.”

In the microscopy business, it’s difficult to compete with established brands with origins from Wetzlar, Jena, Oberkochen, Tokyo and Cambridge. I’ve tried selling goods from companies based in Madison, Wisconsin. It’s a nice place, with a great university, but the state is better known for cheese. I tried marketing the products from a company based in Coventry, England. It’s famous for being the home of Lady Godiva, and being razed to the ground during World War II. Neither fact helped sales very much. But I hit pay dirt with a company based in Sunnyvale, California. Or as I impressed upon customers: Silicon Valley. That made a positive difference. Little wonder Apple uses the tagline, “Designed by Apple in California”. The brand cachet is undeniable.

For months, I had tried to contact the Head of Imaging Services at a big pharmaceutical company. He wouldn’t give me the time of day. In reporting this delinquent case to my Sales Manager, who was fuming over my inability to make contact, let alone close the deal, the CTO of the company overheard the conversation. “I know him,” the CTO said. “We worked in the same lab in New York when we were post-docs.” One email from the CTO later, and our prospective customer invited me into his lab with open arms. He made a point of taking selfies with me and sending them to his CTO buddy, to show how well he’d done since they left Cornell.

5. “I love bleeding edge innovations, even if they don’t work.”

Some scientists just love being first with the latest innovation, no matter what it is. According to Geoffrey A. Moore, they belong to a specific category: the pre-chasm Tech Enthusiasts. Preferably, the innovation would come from a tiny lab from a cool place like Research Triangle Park, NC. The inventor is a genius who has proved his ability to detect more photons out of your sample than anyone else. And it can take more pictures per second than anything else in the world. It doesn’t matter at all that it works only some of the time. It’s cool technology, and it’s in the lab. That’s all that matters.

A verbatim quote: “This technology probably isn’t going to help me discover anything I don’t already know. But it will produce beautiful images that any non-scientist can understand–even a politician. When they get the picture of what I’m doing, they will be willing to finance the research with more money”.

7. “It looks fabulous, and therefore I’m prepared to pay more for it.”

Don’t ever think that design doesn’t matter. If it’s sleek black ribbed, or metallic shiny red, or piano white, or gloss midnight blue with stainless steel trim, or if it resembles a vintage microphone, an F1 racer, or has a glow to it, it will cost more. And it will look gorgeous on the lab bench.

In conclusion: despite scientists’ efforts to counteract the instinct, they make emotional purchasing decisions, fuelled by ego. And thank goodness for that.

The rational buyer is an oxymoron. So, what are we moved by? Well, deep down, there is a promise being made to us by any brand that we choose: “I will make your life better”. Consider this question carefully: what kind of a better life is your brand promising? If you don’t know the answer, it’s high time you worked that out.

How can you do a better job of marketing to scientists? Download this free ebook on inbound marketing.

Life Science Marketing UP FOR LIFE See all
Home