Fear and loathing in corporate America, and the two most potent ingredients that make UP work

As I reflect on my first 90 days here at UP, I’m finally able to articulate some of the elements of this agency of ours that make it tangibly different from any other agency on the planet. That is, the elements that enable this crazy notion of a “cloud-based agency"” work, and the essential pillars that, if neglected, would lead to the demise of this wildly prolific, global community of creative marketing pros. 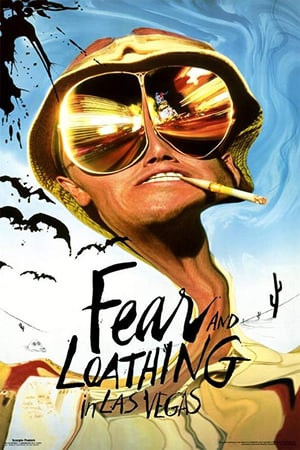 In my experience so far here at UP, there are two essential ingredients that make this brave new model work:

As each of us has observed, in any given corporate or traditional work environment, most of the actions we take each day are influenced by the idea of fear. Not abject horror kind of fear but the simple notion of wanting your boss, your leadership to know you’re a good soldier; someone who can take and execute orders. As Jack Nicholson’s character, Colonel Jessup said in A Few Good Men, “We follow orders or people die”.

You follow orders, you keep your job. You do things because you HAVE to.

Here at UP, however, we’re a collective of experienced industry professionals who’ve been brought together by both a common philosophy and a construct that drives business. And while, like in sports, we do have people play certain positions, we don’t necessarily have any real hierarchy that demands obedience. As a result, when each of us takes a given action, we are not following orders or obeying as much as we are all collectively following a playbook that we know will get the client – and our agency – to the right place.

Put bluntly, each of us does what we do in any given business situation because we believe it's the right thing for the client, for the agency and for the people with whom we’re working. We do it based on respect for each other.

Without this respect, the model doesn’t work. It falls apart. Nothing gets done and we go from being a team, fluidly moving the ball down field, to a group of individuals, each with our own agenda and highlight reel in mind.

After a 25-year career in the advertising business, mostly working for large, traditional agencies, I’ve come to embrace what Benjamin Franklin said: “time is money”. It’s an understanding that time represents the ability to do things that create value – things that enable people to express themselves commercially and make money.

But here’s the thing. While big agencies understand the notion that time is money on a grand scale (they can only sell so much time of the people they employ before people start to die of sleep-deprivation-related sicknesses), they completely fail to understand the importance of time on a human level.

I’ll put a sharper point on that. Walk through the halls of any large, traditional agency and look into any given meeting room. What you’ll see are rooms, filled to capacity with people across half a dozen departments and represented by people three and four layers deep of each role.

You’d observe inefficiently run meetings. Way too many people in them. Too much talking. Not enough listening. Late nights. Weekends. Etc. And what you end up with is abuse of people’s time and the company’s most valuable (and expensive) asset. People.

But by and large, neither the people nor the company really cares. While many organizations might want to operate more efficiently, they know that the inefficiencies in the process are simply made up for by the employee. It’s the employee that will stay late to do the work that wasn’t able to be done because they were sitting in hours of unnecessary meetings.

And while, most people find this notion a loathsome one, they push on as good soldiers do to remain in good favor with management and continue to collect a salary.

A different way of working

In the case at UP, each member’s livelihood is rooted in the amount of time they have to think, to create, to manage and to deliver great marketing products. There is no salary to create the malaise of inefficient meeting hell. Every moment we all come together around a given client, is a moment to make genuine progress. And the implicit and explicit respect each of us has for one-another’s time reigns supreme when making decisions.

Try to imagine UP without these central pillars of respect for people’s time and for people’s abilities. It simply wouldn’t work. That’s why I’m genuinely excited to be a part of this organization to work with each of you to grow our company and to grow our careers at this intimately global, respectfully ambitious place in the clouds we call UP.